Curtis, who grew up on Albany and lived for a time in Glens Falls, was a woman motion picture pioneer in a career that lasted about a decade before Curtis moved on to be a radio commentator, financial expert and conservative political activist. END_OF_DOCUMENT_TOKEN_TO_BE_REPLACED Following his election as President in 1860, Abraham Lincoln undertook a train ride to Washington that took him through Albany. He arrived in the city on February 18, 1861 with his wife and three sons.

As their train passed the West Albany railroad shops, an electrical switch was turned off at the nearby Dudley Observatory, causing an electromagnet mounted on the roof of the Capitol in downtown Albany to release a metal ball that slid down a pole, signaling to military officials to start a 21-gun salute in Capitol Park. END_OF_DOCUMENT_TOKEN_TO_BE_REPLACED The drama Possessing Harriet that debuted at Syracuse Stage in October 2018 will be presented at the Gerrit Smith Estate National Historic Landmark on July 13th, 2019. END_OF_DOCUMENT_TOKEN_TO_BE_REPLACED 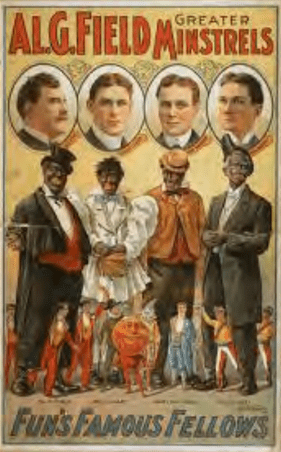 The Whallonsburg Grange Hall in Essex, is set to welcome historian and author Amy Godine to the Lyceum lecture series on Tuesday, April 23 at 7:30 pm. Her lecture will focus on the history of minstrel shows and blackface performances in theaters, Grange halls, churches, schools and other venues in the North Country, and the impact of this and other racist imagery. END_OF_DOCUMENT_TOKEN_TO_BE_REPLACED Eugene O’Neill was the only American playwright to receive the Nobel Prize for Literature. It was at Tao House in Danville, California, where O’Neill wrote his greatest plays, including Long Day’s Journey Into Night and The Iceman Cometh. END_OF_DOCUMENT_TOKEN_TO_BE_REPLACED

The Players Theatre in Manhattan has announced that they will host the performance, One Nation, One Mission, One Promise – An American Story, a unique off-Broadway play heading  for a 5-week limited run, beginning January 12, 2018.

The play celebrates America’s diverse citizenship by bringing alive the heroes who strove to create “a more perfect union” for all its people. In the play Thomas Jefferson, Elizabeth Cady Stanton and Martin Luther King share the stage for the first time, while Frederick Douglas attends a Town Hall meeting with Ellen DeGeneres. END_OF_DOCUMENT_TOKEN_TO_BE_REPLACED 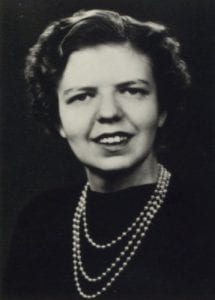 On the west side of Lower Manhattan in New York City, Greenwich Village has long been home to progressive thinkers and artists of all types, as well as ground zero for several movements. In the 1950s and 60s, it was a mainstay of the nation’s bohemian culture, hosting beatniks, folk music originals, the strong counter-culture movement, and the Beat Generation, with such icons as Maya Angelou, Truman Capote, Allen Ginsberg, Jack Kerouac, and Rod McKuen.

The coffeehouse scene flourished at that time, when a remarkable alternative to commercial theater was developed: Off-Off-Broadway, where productions ran the gamut from scripted to impromptu, and venues ranged from old warehouses to small cafes. At the heart of this historic movement was a little-known North Country actress and writer who was widely respected in the New York City arts community.

Mary Elizabeth Boylan was born in Plattsburgh, New York, in February 1913. Her father, John, was a mainstay of the community, serving as district deputy of the Knights of Columbus for four years, president of the chamber of commerce for two years, and general manager of the Mountain Home Telephone Company. In 1924, when Mary was 11, the family moved to Rochester, New York, where her dad became president of the Rochester Telephone Company three years later. END_OF_DOCUMENT_TOKEN_TO_BE_REPLACED LaMama Theatre on East Fourth Street is where puppets, monsters and actors cavort, presenting classic and cutting-edge performance, whooping and hollering in many languages to stage just about any variety of theater from around the globe.

In March, in the space named after the founder, Ellen Stewart, the Czechoslovak-American Marionette Theatre partnered with Dvorak American Heritage Association to present “The New World Symphony: Dvorak in America,” by Vit Horejs. A jazz trio led by James Brandon Lewis on sax threaded musical commentary on the live and puppet action, adding a contemporary flavor to tales of Dvorak’s musical journeys through American sounds. END_OF_DOCUMENT_TOKEN_TO_BE_REPLACED The Port/Cities Project will present the World Premiere of Port Cities NYC, written, directed and choreographed by Talya Chalef. This theatrical journey begins at Pier 11 in the Financial District, where audiences ferry across the harbor accompanied by an original soundscape. After docking in Red Hook’s working port, the performance continues on board The Waterfront Museum Barge. This limited engagement runs May 5 – 19. END_OF_DOCUMENT_TOKEN_TO_BE_REPLACED Every kind of bad name was pasted on them: delinquents, hussies, misfits, fallen, flirts, incorrigbles.

For much of the 20th century institutions run by various religious orders such as the Congregation of the Sisters of Charity of the Good Shepherd housed and disciplined young women who had – possibly – transgressed society’s rules. END_OF_DOCUMENT_TOKEN_TO_BE_REPLACED