Th 1890 structure, designed by noted architect James Renwick (Renwick, Aspinwall & Russell), is located across from the Empire State Building at the northeast corner at Fifth Avenue and 33rd Street. It is believed to have been home to the world’s first electric elevator. An announcement of the rally said the building was “an important piece of New York and American history and architecture which should be saved.” END_OF_DOCUMENT_TOKEN_TO_BE_REPLACED

Jesse Williams, a successful farmer and cheese maker in Rome, believed that farmers could maximize their profits by working together as cooperative dairies. He started a cheese factory in the n 1851 just north of Rome, NY and helped revolutionize the modern cheese industry locally and across the nation. END_OF_DOCUMENT_TOKEN_TO_BE_REPLACED

This week on The Historians podcast, Jeff Haraden discusses the 100-year history of his family’s car dealership, Mohawk Honda, based in Glenville, New York.

His grandfather, Joseph Haraden, Sr., was a General Electric engineer who founded the business as a Schenectady Chevrolet dealer in 1919. END_OF_DOCUMENT_TOKEN_TO_BE_REPLACED The Albany Institute of History & Artis is set to open a special exhibition of cast iron stoves on Saturday, December 15, 2018. Researchers, collectors, and those new to cast iron will have the opportunity to see these stoves together and their details up close for the first time in ten years. Heavy Metal: Cast Iron Stoves of the Capital Region will run through August 18, 2019. END_OF_DOCUMENT_TOKEN_TO_BE_REPLACED The “Crossroads of Rockland History” podcast recently focused on the award-winning documentary Piermont’s Papermill: Stories from the Factory. Betsy Franco Feeney (Trustee) from the Piermont Historical Society (PHS) joined Clare Sheridan to discuss life in Piermont before the Condominiums. END_OF_DOCUMENT_TOKEN_TO_BE_REPLACED

A whaling frenzy gripped the East End of Long Island in the mid-1600s. Prominent settlers in the area fought the elements and each other to pursue this often brutal, bloody, yet extremely profitable trade. And the most sought-after crews were drawn from the local Native American population: Shinnecock, Unkechaug, and Montauketts.

Dr. John Strong, professor emeritus of Southampton College, documents this history in his latest book, America’s Early Whalemen: Indian Shore Whalers on Long Island, 1650-1750. Combing records and primary sources from across the Island, he pieces together a portrait of a neglected period of American history. END_OF_DOCUMENT_TOKEN_TO_BE_REPLACED The 35th annual Dan Rion Memorial Antique Engine Jamboree and Powerfest has been set for Saturday, September 8th from 10 am to 4 pm at the Hanford Mills Museum. The Museum grounds will be filled with the rumbles and whirs of antique tractors, cars, trucks, motorcycles, outboard motors, hit and miss engines, water-cooled and air-cooled gas engines. As Rich Miller remembers, it was sometime around 1984 that a colleague at the bank where he worked first mentioned Onondaga’s Split Rock Explosion of July 2, 1918.

This was not the first time that Rich’s interest was piqued by the Split Rock Explosion. He had read former newspaper columnist Dick Case’s columns on that event, but this was the first time someone offered to take Rich up to explore Split Rock.

Over thirty years later, his research has lead him to write a four volume series about Split Rock – before, during and after the explosion that changed the lives of the people who worked there and the communities nearby. END_OF_DOCUMENT_TOKEN_TO_BE_REPLACED The Lake Champlain Maritime Museum will offer a four day Riveted Steel Structure Workshop on May 20-21 and 27-28, 2017. In this hands-on workshop for ages 16+, participants will learn the basics to the craft of riveting from Instructor Jeff Dardozzi, while participating in the creation of a full-scale riveted steel and timber structure to be erected on site by the participants. The workshop will also include a tour of one of the oldest riveted steel ships on Lake Champlain. The workshop will be held from 9 am to 4 pm each day. Workshop fee is $300, $275 for Lake Champlain Maritime Museum members. END_OF_DOCUMENT_TOKEN_TO_BE_REPLACED 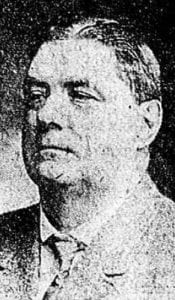 While researching a pair of books on North Country iron mining, I unexpectedly became privy to tragedies that many families faced. Mining accidents were frequent and involved excessive violence, often resulting in death. Victims were sometimes pancaked — literally — by rock falls, and their remains were recovered with scraping tools. Others were blown to pieces by dynamite explosions, usually as the result of, in mining parlance, “hitting a missed hole.”

The “missed hole” nomenclature refers to unexploded dynamite charges accidentally detonated later by another miner when his drill made contact with the material or caused a spark. The resulting blast was often fatal, but not always. Those who survived were usually blinded, burned badly, or maimed in some fashion.

In 1878, in Crown Point’s iron mines at Hammondville, near Lake Champlain, a young laborer, Billy Richards, was tasked with holding a star drill (basically a hand-held chisel with a star point) against the ore face while his partner — his step-father, Richard George — struck it with a sledge hammer. Through this commonly used teamwork method, a cadence developed whereby the star drill was struck and the holder then turned it slightly before it was struck again. END_OF_DOCUMENT_TOKEN_TO_BE_REPLACED