An often overlooked and forgotten New York City landmark, Castle Clinton welcomed many of the city’s residents into its walls as a place of innovation, entertainment, and new beginnings.

The circular sandstone fort which currently stands in Battery Park, was built to improve harbor fortifications in 1811. The Southwest Battery, as it was known, never fired a shot. END_OF_DOCUMENT_TOKEN_TO_BE_REPLACED 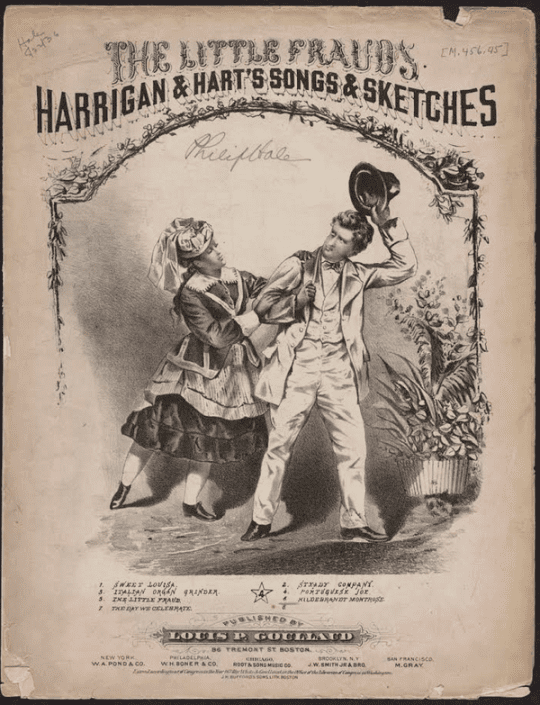 The Ticonderoga Historical Society is set to open for their 2020 season on Friday, March 27 with “The Singing of the Green, The Irish in American Musical Theater,” a presentation by Diane O’Connor. END_OF_DOCUMENT_TOKEN_TO_BE_REPLACED Early Americans asked and grappled with these questions during the earliest days of the early republic. END_OF_DOCUMENT_TOKEN_TO_BE_REPLACED

Angolans are in the news. Recently there has been a surge in migrants from Angola and the Democratic Republic of Congo. After a decade of hardly any migration from these countries, suddenly the numbers have increased specifically to Portland, Maine and to San Antonio, Texas. The surge has reportedly overwhelmed some in those communities. Central African migrants are less likely to have relatives already in the country to whom they can turn for assistance. END_OF_DOCUMENT_TOKEN_TO_BE_REPLACED Zachary J. Violette’s new book The Decorated Tenement: How Immigrant Builders and Architects Transformed the Slum in the Gilded Age (University of Minnesota Press, 2019) reexamines urban America’s tenement buildings born of the housing reform movement embraced by the American-born elite in the late nineteenth century, centering on the immigrant neighborhoods of New York and Boston.

Violette focuses on what he calls the “decorated tenement,” a wave of new buildings constructed by immigrant builders and architects who remade the slum landscapes of the Lower East Side of Manhattan and the North and West Ends of Boston in the late nineteenth century. END_OF_DOCUMENT_TOKEN_TO_BE_REPLACED Eugene O’Neill was the only American playwright to receive the Nobel Prize for Literature. It was at Tao House in Danville, California, where O’Neill wrote his greatest plays, including Long Day’s Journey Into Night and The Iceman Cometh. END_OF_DOCUMENT_TOKEN_TO_BE_REPLACED Neighborhoods change. Ours was changing when my single parent mom managed to buy a modest house for cash in Rochester’s Near Northside in 1952.  My mom was an immigrant from Toronto whose own mother had emigrated from England.

She had grown up in this working-class immigrant neighborhood somewhat northeast of downtown. In 1937, she graduated from Vocational High, located in the Bausch and Lomb plant. In 1952 she was newly divorced and had been hired to work on an assembly line – she could walk to work. END_OF_DOCUMENT_TOKEN_TO_BE_REPLACED This years conference will examine Cooper within this tension between native purity and immigrant amalgamation.

Organizers have announced they are seeking papers that address the role of Cooper and his contemporaries in forging an American identity out of the cultural mixture of overlapping empires and immigration. END_OF_DOCUMENT_TOKEN_TO_BE_REPLACED