At the heart of the Ticonderoga peninsula is the Carillon Battlefield and the French Lines, which constitute one of the most important 18th-century military sites on the continent. Here, at the confluence  Lake George and Lake Champlain, a French Army commanded by the Marquis de Montcalm defeated a British Army four times its size on July 8, 1758.

The Battle of Carillon is believed to have been the bloodiest battle fought in North America until the Civil War. About 21,000 combatants were involved. Some 1,100 were killed, 2,000 wounded, and 100 whose bodies were not recovered (another 150 were captured).  END_OF_DOCUMENT_TOKEN_TO_BE_REPLACED

Fort Ticonderoga holds one of North America’s largest collections of military material culture, covering the colonization of North America and the ensuing colonial conflicts, the Seven Years’ War (a.k.a. French & Indian War), the American Revolution, and the War of 1812. END_OF_DOCUMENT_TOKEN_TO_BE_REPLACED A new historic marker will be dedicated at Rogers Island, in the Hudson River at Fort Edward. The marker commemorates the history of the site where Major Robert Rogers wrote his Rules of Ranging in 1757.

Fort Edward was at one time located in Dutch New Netherlands territory on the ancient Native American route through the Hudson and Champlain Valleys. A trading post was built there in the 1730s by J.H. Lydius.

Fort Edward (1755) was one of the largest military fortifications in North America and a northern outpost of the British Empire. It spanned both Channels of the Hudson River with the main structure on the mainland of the East Channel, a military hospital on the island and a large Royal Block House on a bluff of the West Channel.

END_OF_DOCUMENT_TOKEN_TO_BE_REPLACED 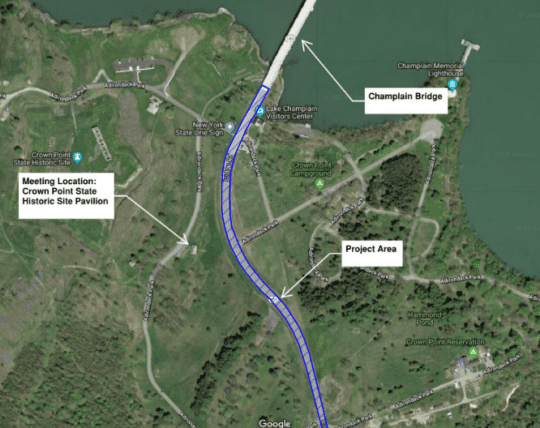 Lakes to Locks Passage is set to host a public informational meeting for the Champlain Bridge Roadway Improvements Project on Thursday, July 18, 2019, from 4 to 7 pm, at the Crown Point State Historic Site Pavilion.

This is an opportunity for the public to attend an open-house style informational meeting. There will be multiple displays of project information and the draft design approval document presenting the proposed project. There will also an opportunity to provide input and written comments. END_OF_DOCUMENT_TOKEN_TO_BE_REPLACED

The Fort Bull Research Group is set to host a walking tour of Fort Bull on July 14, 2019. The tour, which will depart from the Rome Sports Hall of Fame parking lot, 5790 Rome-New London Road, in Rome, NY, starts promptly at 1 pm and will last about two hours.

Attendees will first be given a brief history of the area during the French and Indian War followed by a guided tour of the entire fort property. END_OF_DOCUMENT_TOKEN_TO_BE_REPLACED Archaeologists from Binghamton University, State University of New York have started their search for the remains of the French and Indian War’s Fort Bull, an important British military outpost on Wood Creek at the Oneida Carry near Rome, NY.

Rome Historical Society (RHS) is working with Binghamton University’s Public Archaeology Facility (PAF) to locate and identify cultural features related to the British fortification. The research is a first step in the path to preservation for Fort Bull. END_OF_DOCUMENT_TOKEN_TO_BE_REPLACED

On March 14, 2019 the French and Indian War fortification known as Fort Wood Creek was listed on the National Register of Historic Places. Fort Wood Creek, located on the Rome Historical Society’s Fort Bull property, dates to 1756 when it was constructed by the British to replace Fort Bull after it had been attacked and destroyed by 362 French and their Native allies. END_OF_DOCUMENT_TOKEN_TO_BE_REPLACED

Fort Ticonderoga is seeking papers from established scholars in addition to graduate students and others that relate to the origins, conduct, or repercussions of the Seven Years’ War broadly speaking. They are especially interested in topics and approaches that engage the international quality of the conflict as well as representing the variety of peoples and places involved. END_OF_DOCUMENT_TOKEN_TO_BE_REPLACED Robert Hubbard is set to speak on his book Major General Israel Putnam: Hero of the American Revolution, on January 24th at 6:30 pm at the The Fraunces Tavern Museum in the City of New York.

A colorful figure of 18th century America, Israel Putnam (1718-1790) was an important leader in both the French and Indian War and the Revolutionary War. Hubbard’s lecture will include a discussion of Putnam’s role in the Battle of Brooklyn, the Landing at Kip’s Bay and the Battle of Harlem Heights. END_OF_DOCUMENT_TOKEN_TO_BE_REPLACED 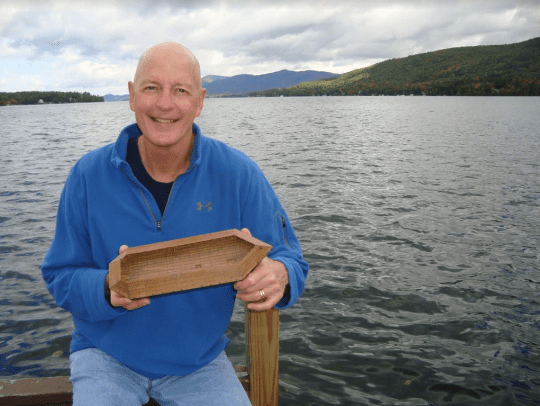 A free program focusing on the French and Indian War Shipwrecks of Lake George has been set for Friday, October 12th, at 7 pm at the Hancock House at 6 Moses Circle in Ticonderoga.

Featured speaker Joseph Zarzynski, part of the original discovery team for many of these ships, will lead the discussion.

Included will be a discussion of The Land Tortoise, built as a floating gun battery by the British in 1758. This 52-foot-long gunboat is North America’s oldest intact warship. It was deliberately sunk in l00 feet of water by British forces on October 22, 1758 to prevent it from falling onto the hands of French raiders. END_OF_DOCUMENT_TOKEN_TO_BE_REPLACED