This week on The Historians Podcast, Peter Ames Carlin, author of Homeward Bound: The Life of Paul Simon. (Henry Holt, 2016) Born in New Jersey, Simon grew up in Queens, New York. Carlin sees Simon’s upbringing in the context of the Jewish immigrant experience in America. You can listen to the podcast here. END_OF_DOCUMENT_TOKEN_TO_BE_REPLACED A September post on this New York History Blog had some examples of “putting history to work” – showing the value of history for revealing historical precedents, insights or parallels which help shed light on current issues. Demonstrating that value in varied, imaginative ways is an important strategy for building support and securing resources for our history progams. Winnakee Land Trust has announced the Northern Dutchess Trail Project and receipt of a grant in the amount of $14,800 from the 2016 Greenway Conservancy Trail Grant Program.

The grant was one of 22 received in the Mid-Hudson Valley and Capital Region. The Greenway Conservancy Trail Grant Program, funded by NYS Environmental Protection Fund, supports the Greenway’s goal to establish the Hudson River Valley Greenway Trail, a contiguous trail linking cultural and historic sites, parks, open spaces, and community centers from New York City to the Adirondacks. END_OF_DOCUMENT_TOKEN_TO_BE_REPLACED The New York State Library commemorates the 75th anniversary of the attack on Pearl Harbor with an exhibit on the 7th floor, the centerpiece of which is a small but interesting collection of papers left by one Private First Class/later Sergeant Archibald Francis McCaw, who preferred to be known as Fran.

From the memo section of Private McCaw’s small five-year diary, it is learned that after basic training he left Brooklyn Army Base for Honolulu, Hawaii aboard the troop transport Republic, arriving on 9/13/1939. He was assigned to Company C of the 35th US Infantry, Schofield Barracks. “It was sure great to begin my time and get it over in a hurry.” Little did he know. END_OF_DOCUMENT_TOKEN_TO_BE_REPLACED 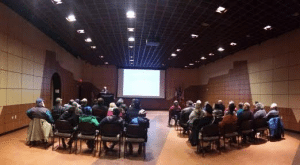 Fort Ticonderoga’s “Fort Fever Series” will begin in January and run through April 2017. The lecture series will be held on Sunday afternoons at 2 pm in the Mars Education Center. Tickets are $10 per person and can be purchased at the door; Fort Ticonderoga Members are admitted free of cost. END_OF_DOCUMENT_TOKEN_TO_BE_REPLACED Historic Huguenot Street (HHS) has been awarded a National Endowment for the Humanities Sustaining Cultural Heritage Collections Planning Grant for in the amount of $49,170.

The purpose of this federally-funded grant is to support a team of experts in collections preservation and environmental management to comprehensively review twelve historic structures at HHS. Over the course of several months, the consultants will visit the site and work closely with HHS’ staff, Board, and committee members to recommend sustainable improvements to these sensitive environments. END_OF_DOCUMENT_TOKEN_TO_BE_REPLACED 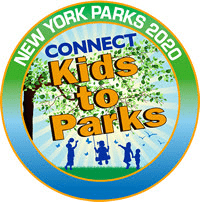 The Borscht Belt: Revisiting the Remains of America’s Jewish Vacationland (Cornell University Press, 2016) by Marisa Schenfeld, which features essays by Stefan Kanfer and Jenna Weissman Joselit, presents Scheinfeld’s photographs of abandoned sites where resorts, hotels, and bungalow colonies once boomed in the Catskill Mountain region of upstate New York. Today the Borscht Belt is recalled through the nostalgic lens of summer swims, Saturday night dances, and comedy performances. But its current state, like that of many other formerly glorious regions, is nothing like its earlier status. Forgotten about and exhausted, much of its structural environment has been left to decay.  END_OF_DOCUMENT_TOKEN_TO_BE_REPLACED

The Society for the Preservation of Long Island Antiquities (SPLIA) is now accepting nominations for the SPLIA Endangered Places List. SPLIA is looking for historic buildings or places that are in decline or threatened by development. Postmark deadline for completed nominations is January 31, 2017. END_OF_DOCUMENT_TOKEN_TO_BE_REPLACED 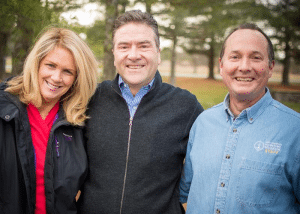 Joyce Cameron, who joined LCMM in 2016 as Director of Development and Community Relations, and Deputy Director Erick Tichonuk have been appointed as Co-Executive Directors. Joyce will oversee Administrative Operations and Erick will oversee Museum Operations and Schooner Lois McClure. END_OF_DOCUMENT_TOKEN_TO_BE_REPLACED