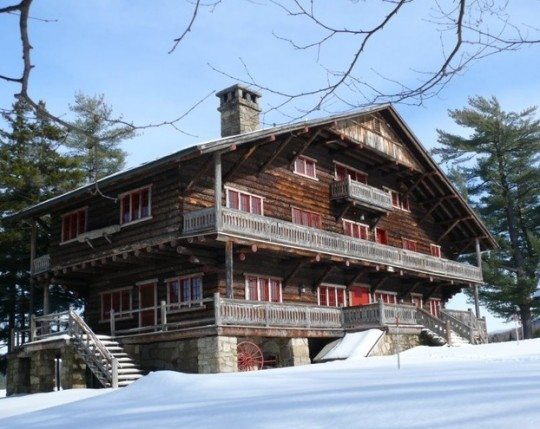 Great Camp Sagamore in Raquette Lake has announced the hiring of Emily Martz as the organization’s next Executive Director, beginning on April 1, 2019.

In an announcement sent to the press, the institution said it conducted a multi-month search that attracted over 90 applications for the position from around the country.

Garet Livermore, the current Executive Director, announced his resignation in December, but is expected to continue to work with Sagamore in a variety of roles.

Emily Martz holds a PhD in history from the University of Delaware and has taught at both Clarkson University and Paul Smith’s College. She lives in Saranac Lake and was recently a candidate for Congress in NY-21, and against Betty Little for the region’s State Senate seat. Before her runs at public office, Martz was Operations and Finance Director at the Adirondack North Country Association (ANCA).

Built in 1897 by great camps developer William West Durant on 1,526 acres on a lake in the Adirondack Park, Great Camp Sagamore was a wilderness retreat for the Vanderbilt family for half a century. It is now a National Historic Landmark and non-profit educational institution. Today, the Camp can be visited by day tours and overnight accommodations for educational programs and events.

For more information about Great Camp Sagamore visit their website.