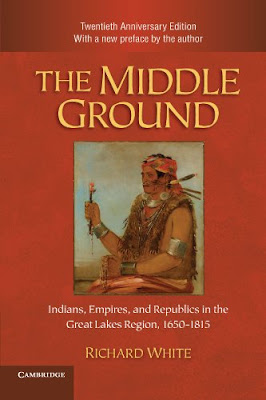 The History Book Club at the Cayuga Museum meets on the first Thursday of the month, at 7:00 p.m. at the Museum. Members discuss non-fiction works of history on local, national and global themes. Participation is free and readers can choose to attend any or all of the monthly meetings. Participants met recently to choose the books for the next several months.

March 1: Guns, Germs, and Steel: The Fates of Human Societies by Jared Diamond. Winner of the Pulitzer Prize. In this groundbreaking work, Diamond offers a convincing explanation of the way the modern world came to be and stunningly dismantles racially based theories of human history.

April 5: The Middle Ground: Indians, Empires, and Republics in the Great Lakes Region, 1650-1815 by Richard White. This widely acknowledged classic and Pulitzer Prize finalist tells how Europeans and Indians met, first regarding each other as alien, as other, as virtually nonhuman, and how between 1650 and 1815 they constructed a common, mutually comprehensible world in the region around the Great Lakes. Here the older worlds of the Algonquians and of various Europeans overlapped, and their mixture created new systems of meaning and of exchange. Finally, the book tells of the breakdown of accommodation and common meanings and the re-creation of the Indians as alien and exotic. First published in 1991, the 20th anniversary edition includes a new preface by the author examining the impact and legacy of this study.

May 3: David Crockett: The Lion of the West by Michael Wallis . Born into a humble Tennessee family in 1786, Crockett never “killed him a b’ar” when he was only three. But he did cut a huge swath across early-nineteenth-century America—as a bear hunter, a frontier explorer, a soldier serving under Andrew Jackson, an unlikely congressman, and, finally, a martyr in his now-controversial death at the Alamo.

June 7: New York Burning: Liberty, Slavery, and Conspiracy in Eighteenth-Century Manhattan by Jill Lepore. The little-known story of a supposed slave uprising in Manhattan in 1741, for which dozens of black men were hanged or burned at the stake. In this first-rate social history, Lepore not only adroitly examines the case’s travesty, questioning whether such a conspiracy ever existed, but also draws a splendid portrait of the struggles, prejudices and triumphs of a very young New York City in which fully one in five inhabitants was enslaved.