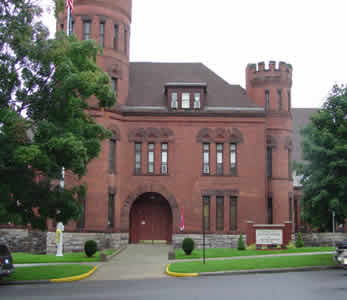 An online project created by the New York State Military Museum and Veterans Research Center and the Saratoga Springs Public Library has won one of two First Prize awards in a contest sponsored by the History Channel.

The History Channel prize, awarded in conjunction with the Institute for Museum and Library Services, recognizes libraries which created local programs, exhibits or media projects to tell about the role of their communities in the larger American story.

The contest was created in conjunction with the History Channel series: “America: The Story of Us.” It was open to libraries around the country and recognized 13 winners, which shared $35,000 in prize money. The Grand Prize Winner-the Lower Macungie Library in Macungie, PA-received a $15,000 prize for an exhibit on the impact of the Apollo 13 flight, on the local community.

The Saratoga Springs Public Library will receive $5,000 in prize money which library director Issac Pulver says will be shared by the museum. The other First Prize Winner was the Erie Community Library of Erie, Colorado, with a project called ” Erie: From Working Coal Town to Suburban Boom Town.”

The New York State Military museum houses over 10,000 artifacts dating from the Revolutionary War to the current wars in Iraq and Afghanistan that relate to New York State’s military forces, the state’s military history and the contributions of New York’s veterans. The artifacts include uniforms, weapons, artillery pieces, and art. A significant portion of the museum’s collection is from the Civil War.

The library and archive holdings in the Veterans Research Center include a 2000 volume library of military and New York State history, over 6,000 photographs, unit history files, broadsides, scrapbooks, letters and maps.